A decade of residencies through ANAT’s Synapse scholarships has changed the way art and science collaborate.

One of the successes of this year’s Vivid Festival was its program of thought-provoking panel discussions that charted new territories within the intersections of art, technology and design.

One such talk took the topic of artist residencies within science fields, which is charting a new frontier for collaboration as Director of the Australian Network for Art & Technology (ANAT) and panel chair, Vicki Sowry, said: ‘It is the kind of new black.’

For the past 25 years ANAT has been a catalyst for such cross-disciplinary pairings, championing ‘a culture of creative risk-taking’ and securing the necessary resources to enable artists to pursue creative research through its residency program Synapse, funded in partnership with the Australia Council.

Sowry said: ‘We have been very clear. We don’t expect an outcome from these things. Outcomes happen. And yep, it’s all about personalities.’

Collaboration is key. These residencies are not about parachuting an artist into a data rich pool. ‘You are trying to encourage equal benefit. There has to be a level of trust,’ said Sowry.

‘There is more of an understanding of the interdisciplinary nature than 10 years ago,’ added Sowry.

When ANAT started in the late 1980s, ‘a lot of focus at that time was getting artists involved to communicate the research science. But we really wanted to bring artists and scientists together at a deeper level, utilising their different skills sets to come together around a research question and see if, by bringing artists into that mix, different types of knowledge and ways of seeing would come about,’ explained Sowry.

But the match is key. ‘We had an artist go into the Australian Synchrotron and the director at the time said on the first day, “where is your easel?”, adding “there is no way you will be touching that” (meaning the synchrotron).’ Sowry explained that the marketing department had set up the residency thinking it was a good way to get some news. The director subsequently left, but the artist Chris Henschke hasn’t.

A reassessment of the program in 2007 saw the residencies extended from 3 to 4 months, mandating that the application be joint. ‘That meant all that learning how to talk and identify the area of research happens before, so that when the artist starts they hit the ground running,’ said Sowry.

It worked. About 80% of the artists who have been residents under the program have continued a relationship with their host organisation beyond the term of the residency.

‘We are getting ever more diverse host organisations,’ said Sowry. ‘This year we have artist Leah Barclay working with the Australian Rivers Institute; sound artist Jane Baker with the Wicking dementia research centre; performance artist Cat Jones with a pain research centre at the University of Western Australia, and a choreographer Shelley Lasica working with the Centre for Eye Research – so the scope of possibility is very broad. It is up to you.’

Sowry admitted that funding was an issue. The Synapse residencies are funded through arts funding, not science-sourced money, and, in an environment where the research evaluation structure relates to research dollars, it is very difficult to carve out the time to commit to these types of collaborations.

‘We have spent many years now trying to get matched funding through the science and research side of things simply to give the researcher that ability to say to their superiors that, “I am bringing in research money, too. You need to give this project the time and space it needs”. It continues to be challenging,’ said Sowry.

Panelist, visual artist Erica Seccombe, had been a resident across various science-based sectors, including CSIRO, the Applied Mathematics Department at the Australian National University and exhibiting institutions. In 2010 she participated in a Synapse Scholarship at ANU looking at the visualisation and animation of complex datasets, attempting to understand the complex interrelationship of mechanical 3D components of physical objects, balancing visual density with information content.

Sowry pointed out that, ‘The value of the in-kind contribution of Applied Mathematics for the four months Erica was there was over a million dollars in terms of the cost of the scanning. So if you are just in there saying, “I just want your data and tools”, you will not get off to a good start.’

Seccombe said it is even worse when it comes to residencies outside that university or science structure. ‘Working in collection-based institutions you – as the artist – have to bring in the funding as they don’t have the resource; they have nothing.’

Sowry drew the audience’s attention to the recent cuts at CSIRO under the Abbott Government. She mentioned a resident working across three national collections managed by CSIRO will now find her residency restricted due to the limitations on their staffing.

So while Synapse is forging ahead funding innovative partnerships, and the science sector is increasingly embracing the advantage of new perspectives offered by artists, the lack of government investment in scientific research and development threatens this future.

So how can you do one?

The best advice is to first take a look at the Synapse database of artists and scientist collaborative projects to see if it has been done before.

‘If you say I’m going do this, and plan this exhibition, then you have already shut down a whole set of avenues that you could pursue,’ said Sowry. ‘These residencies try to create as much a space for the artists and scientists to follow their noses and to pursue new lines of research.’

‘You can even cold call; it’s getting easier,’ she added.

That is exactly what Seccombe did in what has turned into a 14-year relationship with the Department of Applied Mathematics at ANU.

Her conversations with Professor Timothy Senden about a collaborative Synapse proposal in 2010 went along the lines: ‘How are we supposed to be collaborative, you’re an artist and I am a scientist.’ Seccombe’s answer was simple: ‘Why can’t I be on the team; why can’t I be part of this thinking?’

‘I put a lot of work into that relationship. I proved I could stay with the program and work with these people; but it also made them realise that I was giving something back as well,’ said Seccombe.

Her latest exhibition Grow (detail pictured top), recently presented by the Dominque Mersch Gallery in Sydney, visualises nature at the nano scale using 4D micro CT scanning to capture the germination of seeds and then projecting them as stereoscopic animations.

Seccombe said that when she showed a CSIRO scientist three years ago what she was doing, his comment was “that’s pretty”; but that same scientist was now excited and could apply her research

‘Because it has been validated through a formal residency, and it made me a visiting researcher, it was less about “there is an artist in the room” and rather “there is a research who is trying to find something in a different way”,’ said Seccombe.

‘The conversation was more equal. It wasn’t just a fear that the artist was going to copy their work and make pretty pictures out of it. It took the project that bit further into a research language.’ 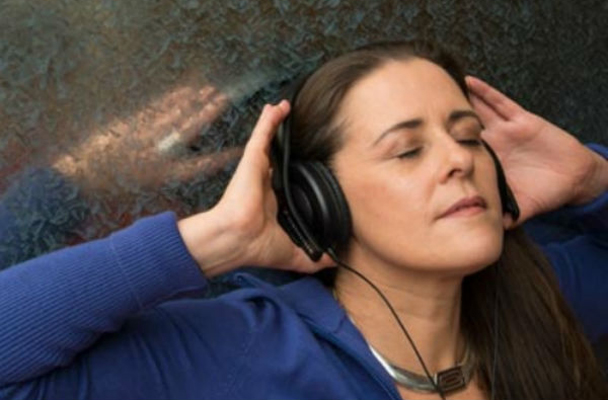 Jane Baker, who commenced a Synapse-funded residency with the Wicking Dementia Research and Education Centre at the University of Tasmania last month, will be working with its scientists to see how a soundscape might be applied to their research.

Baker is working on revolutionary ‘era-appropriate’ reminiscent soundscapes for high-needs dementia sufferers living in aurally restricted aged-care environments as a way of promoting self calming and coherence.

‘I am very excited to see how the soundscapes come to life through collaboration with dementia sufferers, scientists and professors,’ said Baker.

While Synapse received three dementia-related residency proposals this year, it was Baker’s past project Echo I that stood out. Sowry said in selecting the scholarships: ‘Ultimately, it always comes down to the strength of the project at the end of the day.’

And what about the tricky question of intellectual property? Sowry made the comment that universities are about the most risk-averse, IP greedy institutions around. ‘We always state on our contract that the artist maintains copyright and licences. Anything that arises from the residency is shared both by ANAT and the host organisation to be used for education and non profit.’

For more on Synapse and ANAT visit their website www.anat.org.au

This piece was first published on artshub.com.au in July 2014.