Sharing and the mobile generation are defining journalism today, moving the brand to the writer and the curator of content to the reader.

Eight years ago, when Marina Go made the shift from print to online publishing, the modus operandi was to dump print content online, assuming it would stick and grow readers. Of course it didn’t.

‘Relevance to the medium was low and the user experience was poor. Users were attracted to the site through its brand, but once realised there was nothing new to see, they moved on. Traffic was slow and there was no reason for industry categories to move their advertising,’ said Go, who is now General Manager, Hearst-Bauer Media.

In an attempt to change that, online publishing then went through the era of driving clicks where the key word was “reach”. There was a lack of differentiation.

Today, it is “the share” that is altering business models and the way journalists write online.

Go, who admitted that she used a typewriter when she started her career, was speaking on a recent panel run by General Assembly, in collaboration with the Australian Writers Centre examining the effect of technology on journalism.

The panel was entitled ‘How technology is disrupting journalism’ but Drasutis immediately question the assumption, observing technology could instead drive a new golden future.  ‘Technology, disruptive? All it does is enable the job to be done in a more connected way,’ he said.

Harmon said that her job didn’t exist when she started her media degree. ‘And I don’t think it existed when I finished four years later; so the industry is evolving extremely fast.’

Harmon said that what is missing from a lot of conversations about new platforms for online journalism is valuing tone. ‘Voice and tone are still really important.

‘We decided a year in (junkee.com started in late 2013) that we didn’t have to try and be fast and first, to take a little longer on our stories. Rather than try and aggregate really quickly to take a few hours or a day to turn the story into something that is more sharable, and told a different part of the story,’ said Harmon.

Go said that they look for three things when developing content: Does it entertain them? Does it inform them? Could it potentially change their life?

She said: ‘A lot of publishers are now turning back to quality content and saying if we are going to get higher engagements, and we are going to charge for that, then maybe we need to revisit the investment we have in journalism.’

Cosmo, one of the brands under Go’s business umbrella, has 2.5 million new browsers a month. ‘We really need to think about the quality of that and make sure that the majority of that is engaged content, as some of that is coming from social media and some of that isn’t sticking,’ said Go.

‘The barrier for entry for digital media is lower than for any other medium, so anyone with access to digital can pass as a publisher now… Brand is really important to my business,’ she added in terms of differentiation and quality.

Drasutis said: ‘85% of the population comes to one of our brands each day. It is about taking the trust, the legacy of the business as it is today, and then reframing and recombining those within a new connected consumer.’

Ryall explained that with that comes balancing quality with quantity: ‘So often I write stories about “the metadata wars”.  It will be a long form piece but that won’t give me my traffic targets for the day so, to counter that, I will do three viral hits to get a quick spike. We are definitely not skimping on the content that needs to go out, it’s just that you’ve got to do both together now.’ 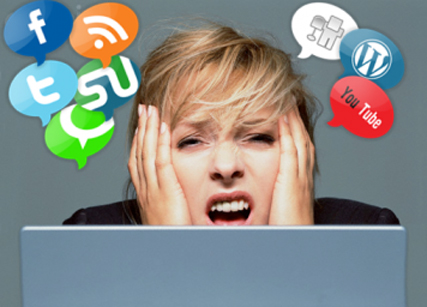 Ryall said that of its 40 million unique views (UVs) each week, making Mashable one of the biggest websites in the world: ‘45% of that traffic comes through social media. So when we publish, we are always looking how we get our content into the social stream.’ Mashable has 6 million Twitter followers and 5 million Facebook likes.

The trend that seems to be driving online publishing at the moment is sharing content, and it has been responsible for the huge jumps in the growth of online readers.

Harmon reported that almost 70% of junkee.com’s traffic comes thought Facebook, while Drasutis said that for his legacy brand News Corp, 60-80% comes in sideways. ‘That is the key phrase.’

Go said that part of the reason the growth has happened is because audiences are sharing content and sharing it via the mobile. ‘We look at what they want and how we make it quality enough that they want to share it.’

Drasutis added: ‘For journalists that is a different way of consumers consuming your content. So how do you tell a story to “land” in that content? …Traditionally we used to own our own curation, packaging and distribution and that is the thing that technology has disrupted.’

Today individuals do their own filtering, and they share things that extend a sense of who they are. So knowing what that is remains key.

Harmon added to the conversation: ‘Your audience is no longer coming directly to you. People don’t type in junkee.com. So you are competing with everything else in someone else’s social media stream. And all of a sudden it is really important how your brand and your content sit. People share stuff to represent who they are. You are writing a headline not for you, and not for your readers, but your reader’s friends.

Letting go – while still developing brand – is the fine balance to be struck today.

Go said: ‘From our point of view (at Hearst-Baer), the past year has seen rapid growth in traffic from desktop to mobile. At the end of last year mobile overtook desktop traffic. Cosmo increased by 400% in the last year, and in the last seven months alone 80% of young women are accessing Cosmo via mobile phones.’

Similarly, Harmon reported that junkee.com had 40% of traffic coming through mobile in 2012 but 97% of their revenue ends with desktop.  ‘Which is a disasterous amount of wasted eyeballs, she said. ‘In the past two years mobile grew from making up just under 3% of the company revenue to 32% in two years; and traffic increased from 40% to 70%’

This is an industry that is continually unfolding and evolving. To remain flexible and to adapt to new technology and trends is no a disruption but rather new avenues for audiences.

Harmon concluded: ‘I think the old and the new are going to keep learning from each others mistakes, leading it to a new digital environment that works for everyone where you still get quality and cat videos, and you still actually get people reading.’