New York is an iconic city – we all know that – but what makes it so? Do we look for those things that we imagine are “markers” of this place, or is the true magic of this city that – regardless how cliched these triggers may be – they are quintessentially “everyday New York”. Such as a squirrel in Central Park… 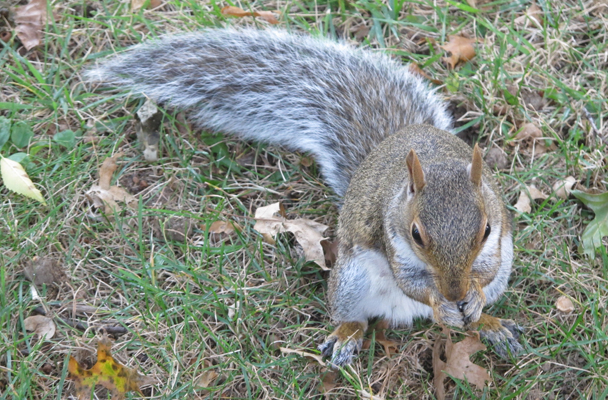 A water tower that looms somewhat precariously on a rooftop – an antiquated reminder or another time but one that also points as a reminder of water efficiencies in our times; its substructure a building typically mid-rise, slightly banal and beaten with age and wear, and yet when aggregated across the city speaks beyond any moment or photograph. 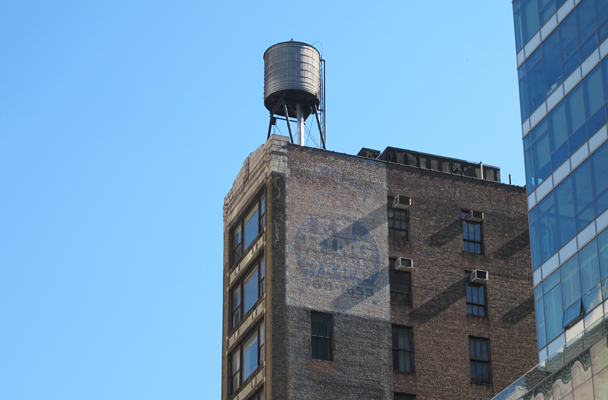 This staircase below was close to my hotel on the Lower East Side, not far from the New Museum. I love its promise of delivery. It has a kind of Alice in Wonderland suspension of between here and there, and yet it is filled with every possible cliche we can muster of a “New York fire stair”. 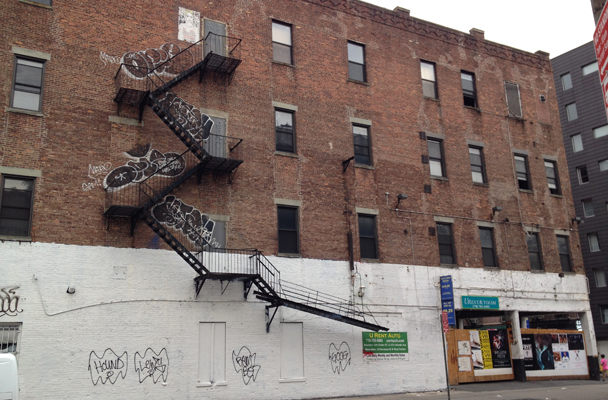 Like no other city I know, New York is one where a darker “underworld” is always present. It is a city of layers. We might think of this more literally, such as the steam vents that punctuate the sidewalks and, like this picture below, hiss, groan and spout – almost anarchisticly – from another level, or more metaphorically as a city striated by class counted by avenues and numbers. 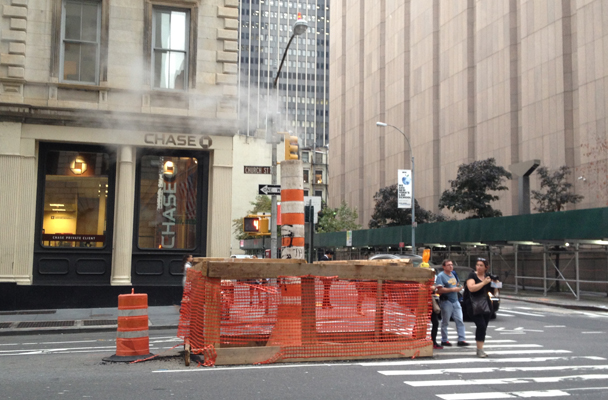 Still Uptown, this was snapped en route to MoMA. While it is not a postcard image it is my 101 snapshot of New York. 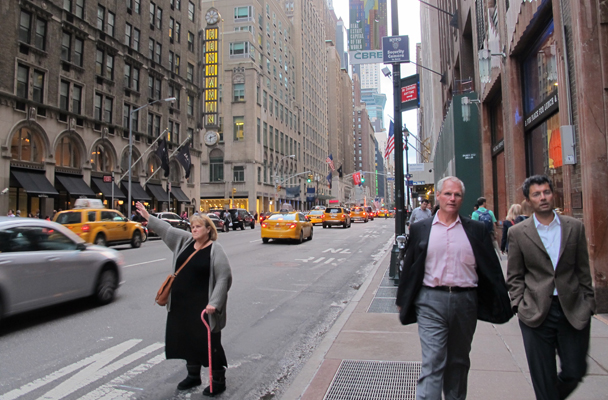 What surprised me this visit to New York – and it has been a while – is the take up of a bike culture. These blue Citi Bikes (one can’t help note the clever sponsorship opportunity!) are everywhere. This is a shot in Chelsea – clearly they are not such a take up with the local gallerists. What is interesting overall is the reminder how obsessed Australia is with rules and regulations. Cyclists ride freely (without helmet) across the city, and while I can hardly call NYC a green city (where does all that waste go for a start!), I raise a glass to the blue bike. 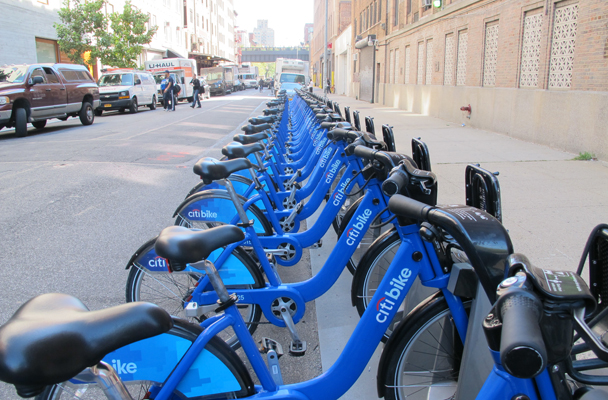 Freak of nature…freak of technology? Taken in Soho, these Siamese fire hydrants can be found everywhere across the city. 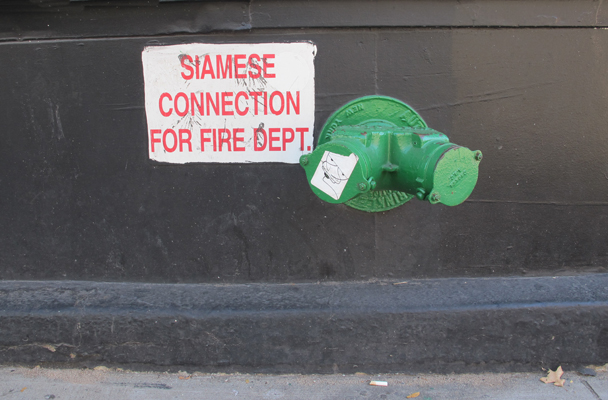 New York’s subway is as infamous as the Statue of Liberty – robust, egalitarian and bridging tourism with a local sense of identity. While I did not experience any crazy moments on this short visit, I was reminded of NYC subway culture – the fantastic jamming of music where people actually gather and listen; the ubiquitous white tiles that have now become fashionably adopted by contemporary kitchen designers as uber chic; and the kaleidoscope of characters – the emotions and energies that seem to bump and pulsate in sync with the train. 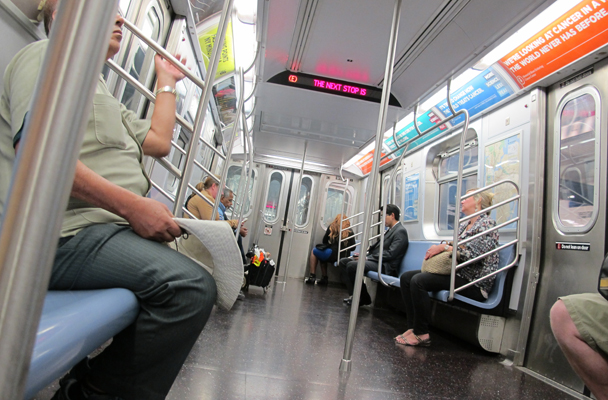 While this is a rather banal object surely we could describe it as art? It could be anywhere, but its location is key. It is on the rooftop of the Australia Council’s Greene Street studio in NY. Yes the view is amazing – a panorama of roof tops, jagged skylines moving between an old world order and that of the new; in the distance the site of the new “world trade centre” where the twin towers once stood, and below Soho. It is a little like this vent – it goes round and round expelling hot air. 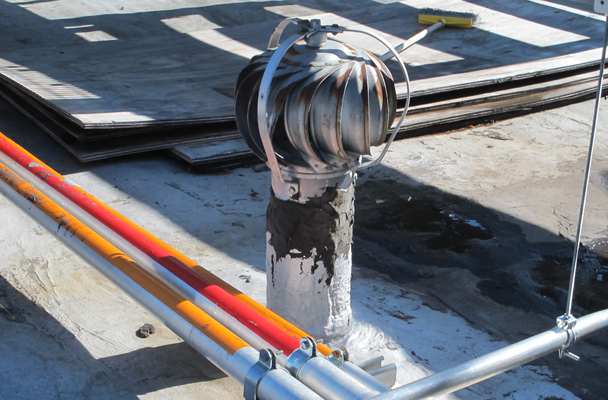 Again this could be anywhere in NYC. It is indeed, again, in Soho. And while we return to a staircase, for me this is a more personal memory. When I lived in San Francisco my building was not dissimilar to this – with a pair of French doors opening from my kitchen to the fire landing. It is a little like the Sydney saying “harbour views” if you stand on the toilet and crane your neck… 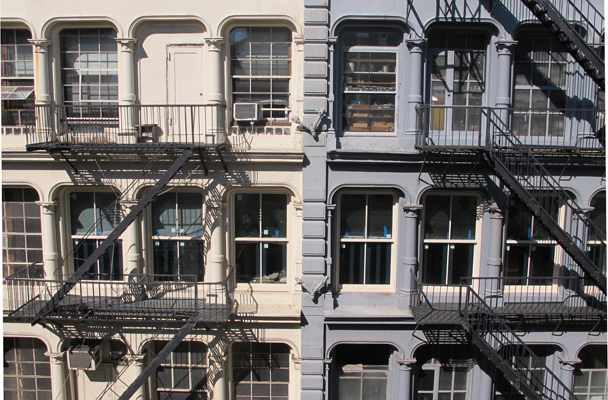 The top image was around the corner from my hotel on the lower east side – a chanced upon graffiti work. I suppose this is what we expect. We snap our killer photo and, yes we stop a moment to take it in, but it is not as though there is a suspension of belief or indeed wonder – it is just New York… and miraculously we happen to be here.