When the opportunity arose to return Beyond Frame to Manila as part of the Ateneo Art Gallery’s ZERO In program – after it had toured Australia (UTS Gallery Sydney 2008 / La Trobe University Visual Arts Centre Bendigo 2009) – it presented a moment to rethink the exhibition within the context of a local audience.

Working with a larger space, three artists were added – Gerardo Tan, Tony Twigg and a historic work from the Ateneo Art Gallery’s Collection by Ed Calma – and several of the artists decided to make new work, including Lena Cobangbang, Romina A. Diaz, Norberto Roldan and a new site-specific wall-drawing by Christina Dy. 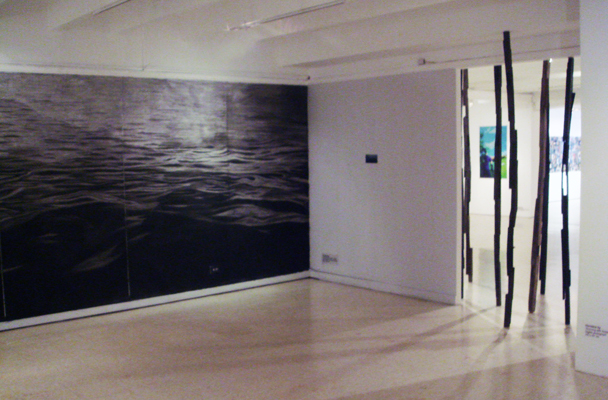 Opening days following Typhoon Ondoy, the exhibition was ushered by images of a submerged Manila disseminated to the world. They offered more than a mere recording of events. Rather, these images captured the collective psyche and spirit of a place, sliding between photographic genres from journalism, ethnographic documentation, sensationalism, to phone-cam moments plastered on Facebook. They reiterated that anyone can pick up a camera today with the availability of digital technology – to select or ‘frame’ an image and post it.

It is this very stretch across photo genres, connecting people and photography’s timeless role to ‘record’ that was the core to this exhibition in Manila. Drawing together 14 very different artists practicing at the edge of photography’s definitions, Beyond Frame deliberately pitted contrasting aesthetic orientations against the traditional frames of portraiture, landscape and the still life.

To do so it calls on peripheral medias such as banner-art, found negatives, studio images, the use of double exposure, historical images, duratran lightboxes and installation, to the most extreme photo-derivatives of video and wall-drawing. 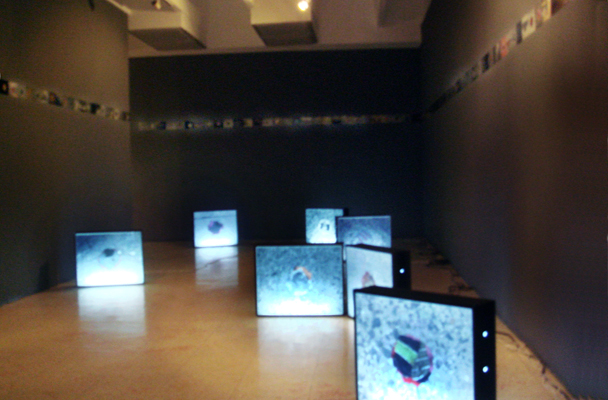 Poklong Anading’s trapos as lightboxes and a single horizontal band of the photographs that traveled to Australia.

It turned to the post-modern notion of the fake and appropriation that in the Philippines has grown out of a culture of third-world tech-priracy, of make-do aesthetics and a pace and embrace for the latest trend.

American Richard Prince described contemporary photography at the height of its emergence as large-scale photoart in the 1980s as:

“…a physical activity that locates the author behind the camera, not in front of it, not beside and not away from it. There’s…authorship going on. What the technique involves is a way to manage an image.”

Beyond Frame (Manila) embraced that notion of translation and the artist’s role as a filter or purveyor of contemporary realities – the ideas where heightened in the wake of Ondoy – and in that moves beyond traditional definitions to arrive at an astute picture of a place, now. 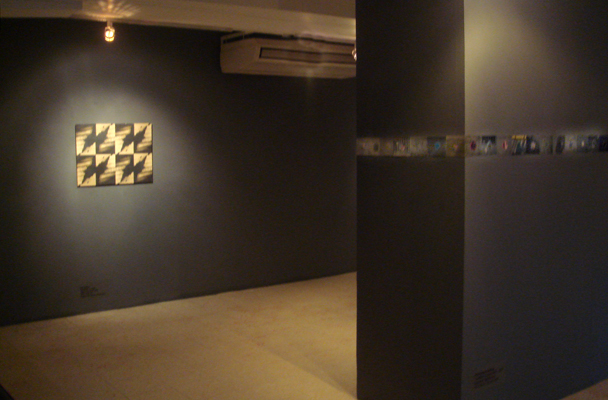 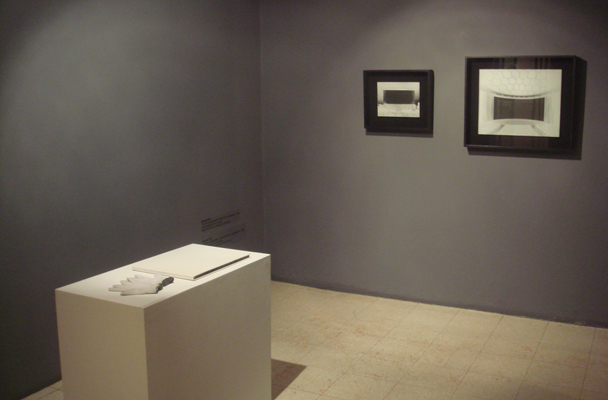 Calma’s work sat within a visual conversation with this new work by Gerry Tan – a folio of photographed dust on surface and appropriated Hiroshi Sugimoto’s photographs of Movie Theatres of the 1970s. Further to the right was Rachel Rillo’s tiny photographs from her wires series, smaller than a postcard, playing off scale, memory, time and place.

Tony Twigg created a new site-responsive work for the exhibition was was acquired by the Ateneo Art Gallery. Digital images of Manila printed on canvas create a horizon; with timber constructions wedged ceiling to floor the viewer moved through this environment into the gallery behind showing Noberto Roldan and Christina Dy’s large-scale works. 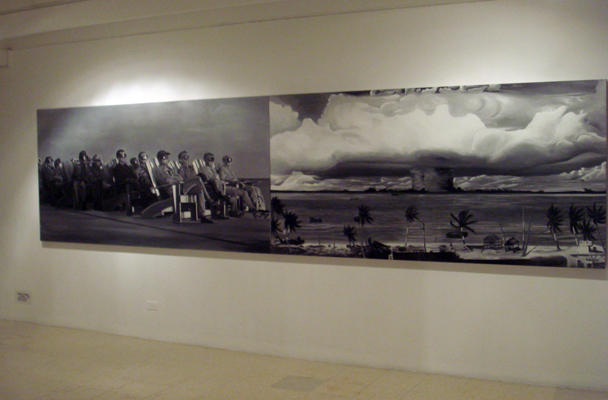 Taking a historic image of the nuclear testing on Bikini in the 1950’s Norberto Roldan presented the original photograph as a lightbox alongside its painted echo in billboard proportions. It was presented in the same gallery as Christina Dy’s wall drawing which also worked from – and was paired with – its original source image. 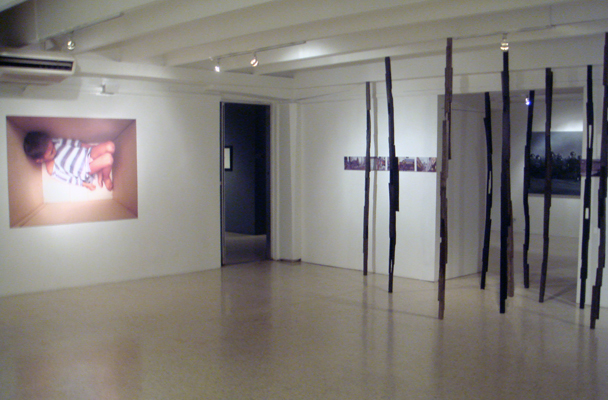 In Australia, Romina Diaz presented a video work shot from above of children sleeping in a cardboard box. It was presented as a floor piece within a found balikbayan box (typical Filipino homecoming box). In Manila she printed a new work mounted on acrylic and float mounted off the wall; very crisp in comparison. 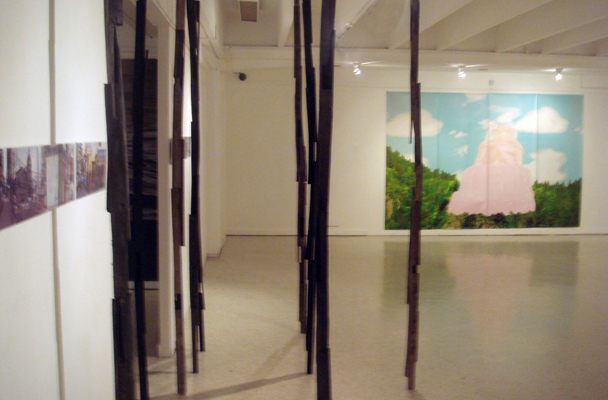 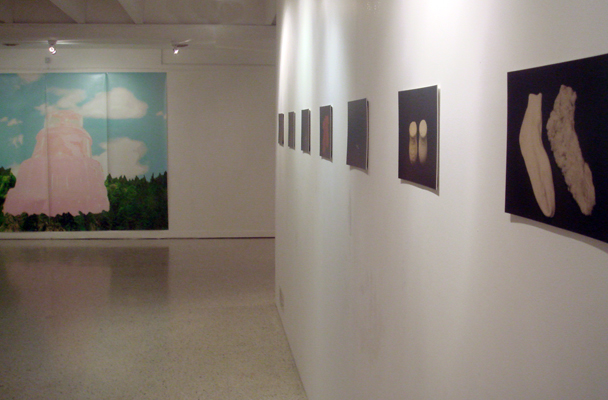