While today you see less pastel sportcoats worn with pushed up arms, donned with a mint or peach t-shirt and sockless loafers, Miami’s South Beach deco strip is keeping the colour palette alive.

Like anyone new to Miami, I know little of its layered history – impressions garnered from its filmic references and candy colour architecture with their nautical overtones, sleek curves and glass bricks. Its touted that there are around 1,000 buildings that date from 1923-43 in the Art Deco District, and the area went through a major revival in the 1980s.

A curious, and lesser known story of this district, is that during World War II most of South Beach’s hotels were taken over by the military for housing during training – some 70,000 rooms history reports or one-fifth of all enlisted men were trained at Miami Beach.

The other unfathomable details is that this amazing strip and architectural gem of a neighbourhood become unfashionable in the 1980s, relegated to fringe dwelling.

These are a few that caught my eye – a list that I am sure will continue to grow during my stay here in this sunny southern tip of the States – but without saying it is the everyday detail, for me, that defines this place rather than its sparkle.

Now known as Esplendor Hotel Breakwater South Beach, this hotel was originally created in 1936 by Yugoslavian architect Anton Skislewicz and sits in the heart of the districts at 10th and Ocean Drive. It was extensively renovated in 2011. 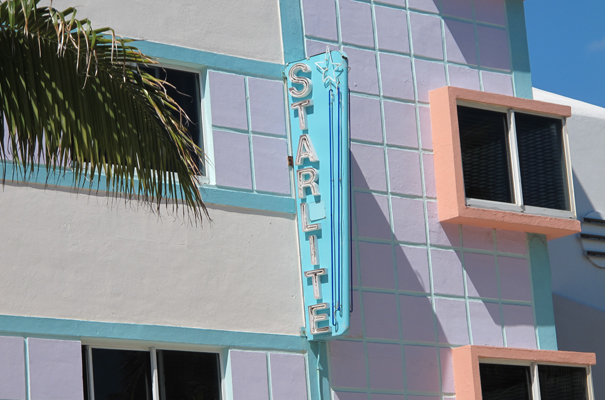 While it takes a classic name and a classic design this hotel on Ocean Drive only dates back to 1974. In terms of its accommodation it is hardly in the top tier of deco hotels, but I have to say I champion its dedication to keeping the character of the strip. 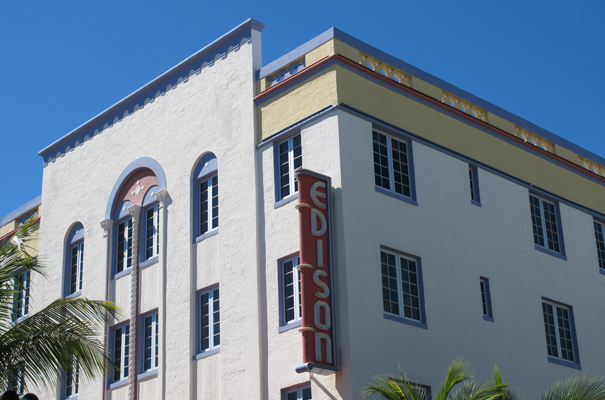 Built by architect Henry Hohauser – one of the most prolific of the South Beach Deco era dating to the 1930s. It was one such hotel that housed the military during WWII. On Ocean Drive it remains one of the iconic dames of the strip. 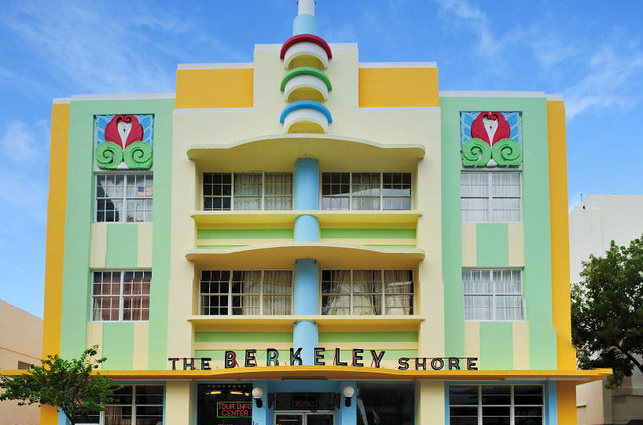 Designed by one of the greats, Albert Anis, and built in 1940, this remains one of the most colourful among the crop today, still operating as a hotel. It was sold last year for around $13 million to an Argentine hotel investment group who renovated the hotel, but maintained the enthusiastic “paint job”. 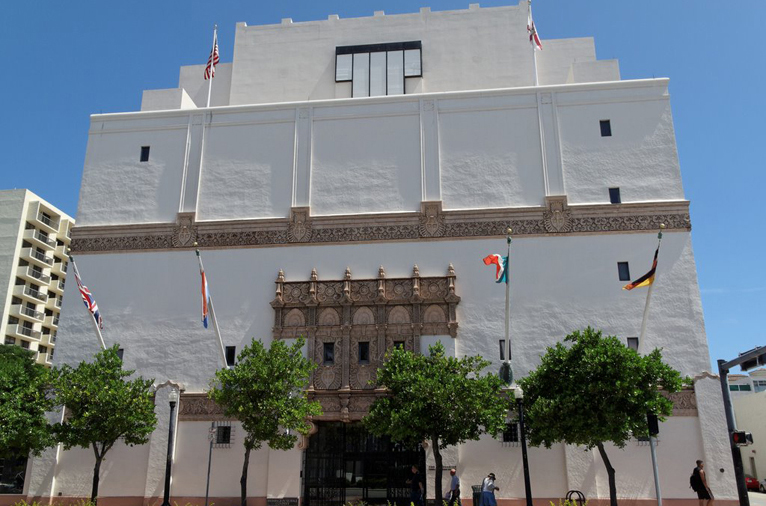 Built in 1927 as a storage facility, this Mediterranean Revival building on Washington Avenue was converted to a museum in 1986 by Mitchell Wolfson, Jr. to collect Decorative and Propaganda Arts. It has a phenomenal collection that looks at the role of design – and its social and political implication – at the height of the industrial age. The foyer is an Art Deco knockout! 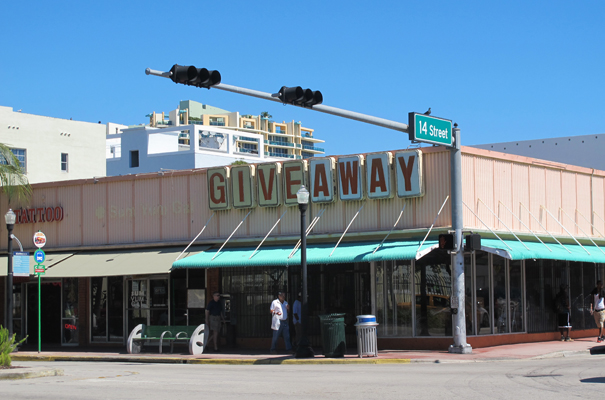 A supermarket with a Cuban flavour, I love the embedded everyday quality of this gem of yesteryear – a no frills addition to the landscape without polished to glistening perfection. 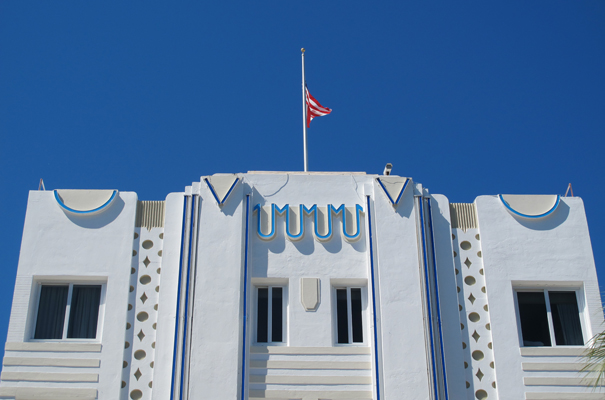 I snapped this for its shear visual beauty – isn’t she a stunner! But while it will remain a “nameless hotel” on Ocean Drive, it points to the many nameless building that define the character of Miami’s South Beach.